There’s an old sales joke about sincerity: If you can fake it, you’ve got it made and can sell anything. I was reminded of this at the SQL Saturday Virginia event. The location was the ECPI campus in Virginia Beach. From talking to Monica Rathbun, the event organizer they were amazing (and more about that in a bit).

But… first a bit of a laugh (at least to me)

Best decision they ever made!

I mean I suppose it’s possible both of them had the exact same thought and expressed it in the exact same way, but I think I’d have posted the two posters far enough apart that it didn’t seem so obvious these quotes were probably made up.  It didn’t really come across as sincere. I was amused.

That said, as I understand it, ECPI donated the space for the weekend, setup the tables, took them down and basically did all the site-work that normally SQL Saturday organizers have to do. So kudos for them. Also, at least one professor sent his students down to check us out and gave them extra credit if they went to any of the sessions.

So, in that sense, I will say, I think the folks at ECPI were very sincere in supporting the event and really appreciated it.

But more so, I appreciated what appeared in the speaker room later in the day: 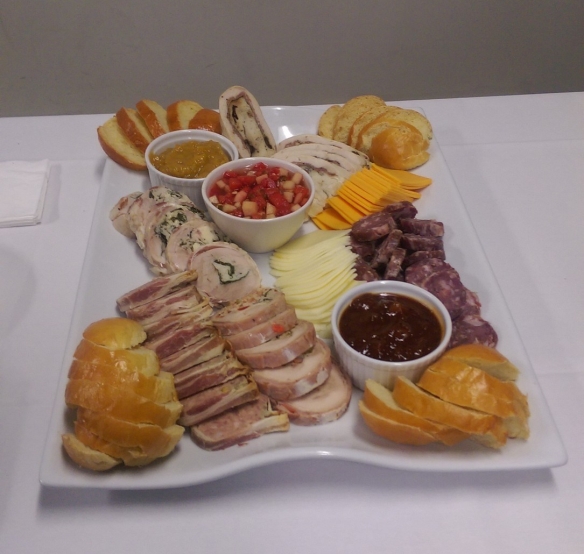 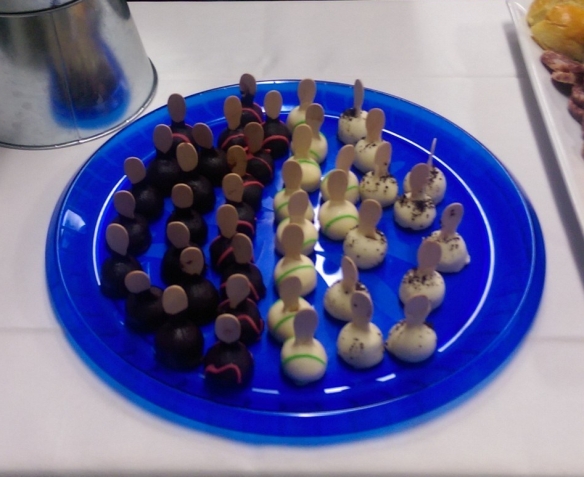 I spoke to the chef who brought them in and apparently ECPI has a culinary school and this was the day of their practicals.

I’ve seen a number of places where food is provided and generally the food staff do an adequate job.  One thing I noticed here was how professional the catering staff were. They wore the typical white jacket of chefs. But, despite being basically a cafeteria across the hall (and the culinary school which was apparently in another building), they acted like this was the Ritz-Carlton and we were buying $75 steaks. Their professionalism and, yes, you knew I was getting here, sincerity in doing their job stood out.

I appreciate it when someone does their job well and sincerely and isn’t just putting in the time.  I recognize we can’t always do that and we have our bad days, but in general, if one can be sincere about their work, I think they should be. It can be obvious when someone doesn’t treat their job seriously or sincerely.

All in all, a great SQL Saturday and I say that sincerely.